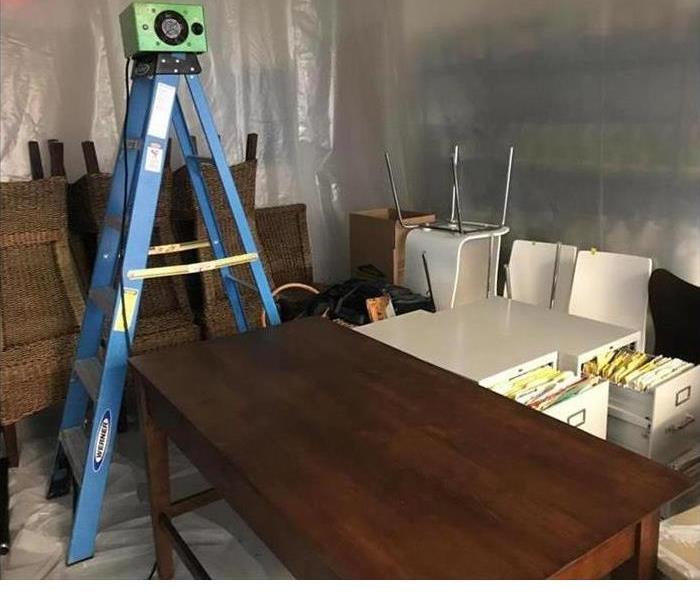 An ozone machine deodorizing contents in an ozone chamber

The contents of a house that have had a fire usually need to be deodorized to eliminate lingering odors. SERVPRO of Cambridge/Belmont uses an ozone machine to eliminate these odors. Ozone, (O3), sometimes called "activated oxygen", contains three atoms of oxygen rather than the two atoms we normally breathe. Ozone is the second most powerful sterilizer in the world and can be used to destroy bacteria, viruses and odors. Interestingly ozone occurs quite readily in nature, most often as a result of lightning strikes that occur during thunderstorms. In fact the "fresh, clean, spring rain" smells that we notice after a storm most often results from nature's creation of ozone. However, we are probably most familiar with ozone from reading about the "ozone layer" that circles the planet above the earth's atmosphere. Here ozone is created by the sun's ultra-violet rays. This serves to protect us from the ultra-violet radiation.

How does ozone work?

The third oxygen atom of ozone makes it extremely reactive. This atom readily attaches itself to other odor molecules. When contaminants such as odors, bacteria or viruses make contact with ozone, their chemical structure is changed to less odorous compounds. As more ozone attacks the remaining compounds, the odor is eventually destroyed. This process is called oxidation. Ozone essentially reverts back to oxygen after it is used. This makes it a very environmentally friendly oxidant.