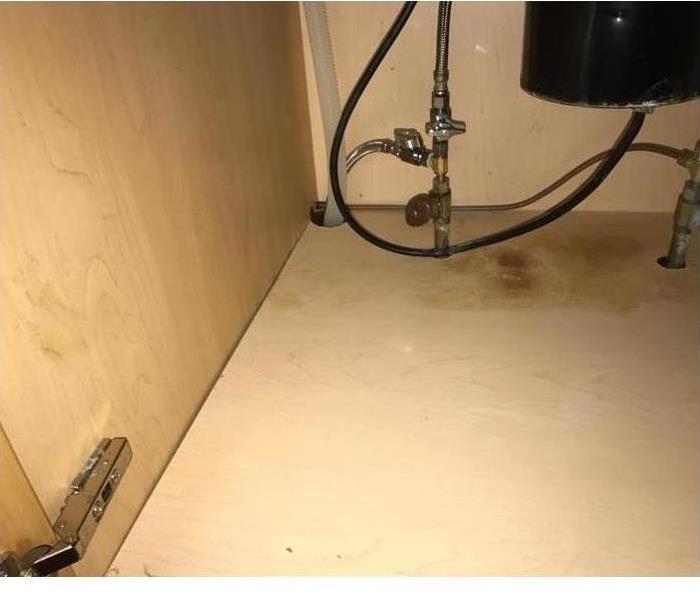 Whether it's behind the washer, above the ceiling or under the sink, a little drip can lead to big trouble. Water damage happens quickly and can be expensive to fix. Ignore a leak, and you not only could you have a mighty mess on your hands, but your home insurance probably won't bail you out. "What's really important to know for leaks is when did the insured notice it and take action," Says Michael Pridham from SERVPRO of Cambridge/Belmont

"People now build houses to be airtight," says Raffi Yardemian, owner of SERVPRO of Cambridge/Belmont, a property-damage restoration service. "Houses are wrapped in plastic like Saran Wrap. That's good for energy conservation, but if water gets on the wrong side of that plastic, then mold will follow, as certainly as night follows day." Yardemian observes that damage often occurs after people get security systems installed. Holes are drilled into airtight window frames for wires to run through them, but they aren't properly caulked and sealed, allowing water to slowly seep in over time. "You notice that maybe the wall below the window is looking funny, and by that time the framing behind it is rotted out," he says. If the homeowner reports the problem right away, it would likely be covered by home insurance.

Today's houses also have more bathrooms, and the washing machine is often located next to the master bedroom on an upper floor for convenience, Yardemian notes. "That means you've got more pipes, and if the washing machine leaks, it can affect the third floor, the second floor, the first floor and even down to the basement," he says. For water damage from leaky appliances or pipes, the damage must be "sudden and accidental" in order to be covered by insurance - such as a pipe that bursts while you're washing clothes.

But what about a slow leak you can't see? Say, for instance, a pipe behind a wall leaks, and you don't notice it until water starts seeping through the wall. Are you covered? Most likely the answer is yes, as long as you take action as soon as there is evidence of the leak, Yardemian says. "Nobody expects you to tear out your drywall now and again to check the pipes. Call the professionals at SERVPRO of Cambridge/Belmont (617) 864-7378. They will send out a crew to test the walls using moisture detectors and an infrared camera.

Insurance companies understand it's impossible to know you have a hidden leak until the damage becomes apparent. The same goes for leaks behind and under appliances, or above a ceiling. If you can't see the leak, you can still make an insurance claim as long as you report it when it becomes apparent. Don't expect much sympathy if you ignore the wet spot in your ceiling, only to report it when the problem gets worse. The insurance adjuster probably will be able to tell if the damage is fresh.

"If the insured had a leak in the roof and had a pot under it for six months, then that damage is not covered," Yardemian of SERVPRO of Cambridge/Belmont says. "Insurance Professionals are pretty good at seeing whether a wet spot has been there for a while. Sometimes they have engineers go out to look." When it comes to insurance coverage, everything depends on the language in your policy. Although most policies cover damage from leaks as long as you responded quickly, language among policies differs. Keep in mind, though, that while home insurance may cover the water damage to the ceiling, floor, walls or furniture, it won't pay for replacing the worn-out pipe or the leaky roof (unless the roof was damaged by a covered peril, such as hail or a fallen tree).